"If I could start my life all over again, I would be a professional football player, and you damn well better believe I would be a Pittsburgh Steeler."
Jack Lambert Steelers placed DE Aaron Smith (foot) on injured reserve, ending his season.
This could be it for the 35-year-old Smith, who was limited to nine games between the 2009 and 2010 seasons thanks to shoulder and triceps injuries. The Steelers have a readymade replacement at left end in former first-round pick Ziggy Hood, who excelled in Smith's absence during the Steelers' Super Bowl run last winter. Hood has seven tackles and one sack in six games this season. If this is indeed the end for Smith, he'll finish with 459 tackles and 44 sacks in 160 career games, all of which came in a Steelers uniform. 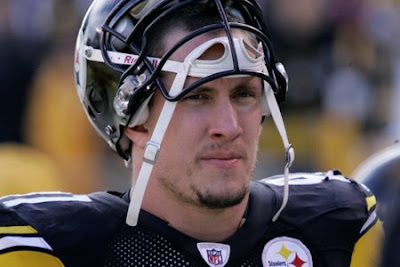 Torna a “I Topic Delle Squadre”